[to Resist/ to Persevere]

THE EARNEST UNDERSTANDING OF THE SOUL OF THESE LANDS, IS THE FARMER’S SECRET ASPIRATION. WITH ARDOR, FATIGUE AND DEDICATION. RESISTING AND PERSISTING.

Every year the roots go deeper, and every year the fruit mirrors this lasting bond. In the same way every year green arms sprawl out to give a renewed original character to the fruit. An equilibrium among persistence in the character and talent of variability. This is nature’s verb.

The understanding of this verb resides in farmer’s experience. To know all the shades of its own vineyards and the wisdom to react at their mutations. The grower establishes an empathic connection with everything around them.
This fragile sensibility can only be learnt persevering through generations. Accomplished by knowledge handed down from father to son

Paitin is the name of a property that the Elia family owned on the botrder between Neive, in the province of Cuneo and Castagnole, in the province of Asti. Having to do with their private bank in both provinces, this property was to them strategic, so that they were named after this property: Paitin.
For this reason when they bought in 1796 the Sorì on the Bricco di Neive (now Serraboella Cru), this was named the Sorì ‘d Paitin (Pajtin in old Italian) meaning the Sorì property of Paitin.

HISTORY of Neive, Pasquero-Elia and Barbaresco

Neive and the Langhe region always been attractive lands for valuable women and men. First population were called Liguri, strong fighters and great workers: Plinius wrote “Mulieres hic ut viri, viri ut leones” in English: “Women were strong like men and men strong like lions”. Gaels had hard time in conquering these areas, from here we still have today some Celtic names, the most known is probably the river Tanaro, the natural border of the Langhe.

The Roman Empire institutionalized between the I and the II century B.C. the road called Magistra Langarum, crossing Neive, a bridge called “ponte Marmoreo” over the Tinella river witness this ancient road. Where today the monastery of Santa Maria del Piano lies, there was a temple dedicated to Diana. Some Gens (noble families) established here, Naevia where then Neive took its name, Elvia and Elia. Fallen the Roman Empire, for half a century the area was subject to barbaric and Saracenic incursions. Ottone the first, in 1014 freed these lands, building the aforementioned monastery, called Cella Naevigensis, on the ruins of the old temple. Monasteries, important cultural and social center, were fundamental for the development of vines and olives. Where the former will be the base for the economy of the following thousand years.

In 1190 Neive, Barbaresco, Trezzo and Neviglie will create a first consortium among villages, laying the foundations for the alliance that 700 years later will form the Barbaresco denomination, a tie surviving century.

In 1214 Bianca Lancia d’Agliano, protected by Federico II is witnessing the superiority of the wine from these hills. Results of techniques devoted to quality like selection of grapes and wood ageing already in fashion at that time, a clear indication of the oenological knowledge the area was developing.

The Pasquero family (Pasquerio originally) from a Spanish military ancestry, came in Piemonte in the XVI century, during Charl the fifth. In 1534 Giovanni Pasquerio lieutenant of the Castle of Casale, in 1537 is entitled with the feud of Cereseto. Time passing the family moved south establishing in the Village of Vezza d’Alba.

The Elia family from Torino, are surgeons of the H.M. Carlo Emanuele I, Lords of Costigliole d’Asti. They will leave the capital after the king’s death (1630) to move to Costigliole and later to Neive when in 1636 started to be assigned with the first administrative roles.

Both families will dedicate with passion to Nebbiolo. The Pasquero family will serve the Royal House, manage and vinify various hectares in the village of Vezza d’Alba. Elia family, conscious of the quality of the Grand Vineyards of Neive, vinifying only estate grapes. Napoleon undertook reforms that expropriated the lands from the Church, and a first agrarian reforms lay the foundation for the development of the area. In 1796 Benedetto Elia will purchase the Sorì of the Bricco di Neive (today known as the Serraboella Cru - MGA). A few years later in 1808, when he began to understand its potential bought the underground cellar that was built by the monks in the XVI century along with a few other parcels contiguous to the Sorì. The family is living in Paitin still to this day. 1826, deed of purchase of the Serraboella vineyard and historic cellar

From 1842 Camillo Benso the count of Cavour, thanks to his agrarian reforms, will reinforce the underlying structure of the area especially for what concerns trading wine with Austria and France. In that time of 1843, the role of Giulia Colbert Falletti was very important as she brought the oenologist Louis Oudart to Barolo to improve the outdated Gervais system that was used at that time by the General Staglieno to produce the first dry Nebbiolo. In the mid 1800 Neive was one of the villages with cutting edge technology and knowledge for Nebbiolo vinification. It was known that Oudart the same oenologist of Barolo had his hands on the wines produced by the Castello di Neive, where in 1862 they obtained a gold medal at the 1862 International Exhibition of London. 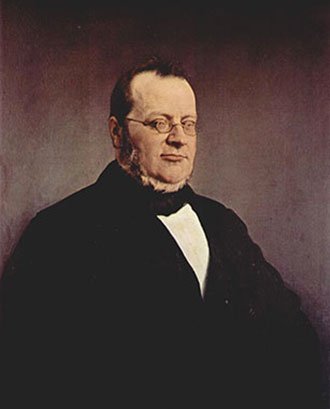 Giacomo Elia with his son Giuseppe started joining the local oenological elite. With the support of Domizio Cavazza, a gentleman called Remondin and two other technician Giuseppe undertook the Nebbiolo vinification under the Cavazza protocol. In 1893 was his first labeling of his wine with the name Barbaresco del Bricco di Neive, one of the first 4 families to mention on the label: Barbaresco, the Cru of origin, and his proper name saying “owner and producer”. It took Neive 40 years to fully enter Barbaresco region, since the local aristocrats wanted to call their wines Neive instead of Barbaresco (the neighbor village).

Just a year later in 1894, Domizio will make his first Barbaresco from the growers of different vineyards in Barbaresco village, the prototype of what will be named in 1958 Produttori del Barbaresco. Giuseppe will not stop, neither with Phylloxera nor with the Great War. It will start exporting to London, New York and Bueno Aires. In 1911 at the Universal Exhibition of Torino he won a bronze medal. A series of other prizes will come later on until 1938.

The 9th of April 1938 Giuseppe dies, and as well as his daughter’s husband. At the gate of a Second World War his son Alessandro is not interested in managing the winery, so it will be Elisa’s role to preserve the family farm. Together with Secondo his oldest son, Elisa will face this brutal historical moment. Tragedies that occurred in the Langhe during the war are infamous. In occurrence with a great loss of most of the properties, the only one left to Secondo is the one parcel in the cru (MGA) of Serraboella, where his grandfather had granted inalienability of his Sorì. In 1948, at the age of 20, with obstinacy he starts managing the farm himself.

Few years later with his wife Maria-Luisa, started restoring the prestige of their precious jewel. In 1953 most of the vineyards in the Sorì were replaced, from which today the intensity of those days is reflected in the Riserva Vecchie vigne from the Sorì Paitin.

Today the son and the nephew of Maria and Secondo: Giovanni, Silvano and Luca are carrying on the art that for more than 200 years and 8 generations allowed their family to arizste (resist, persevere).