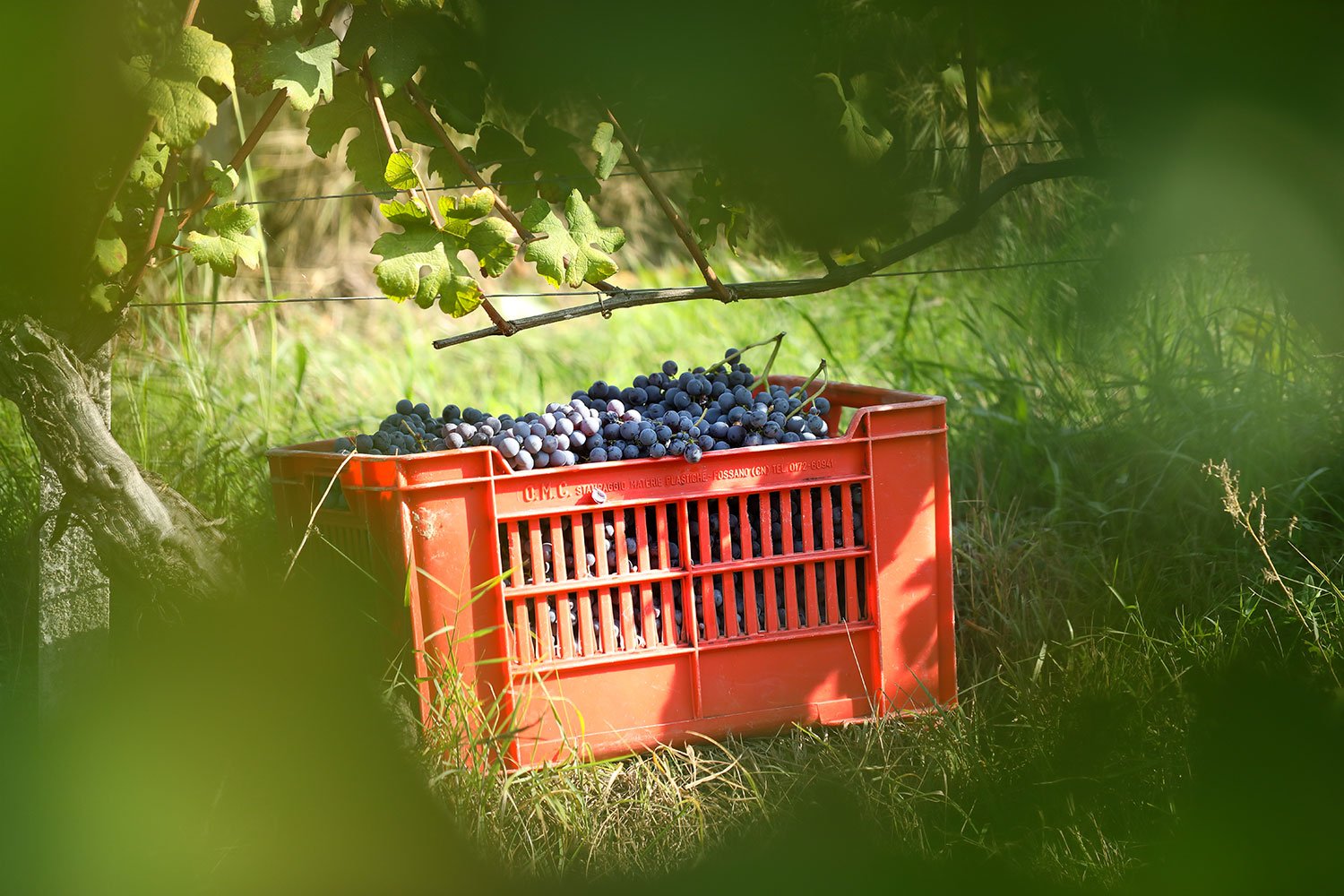 Harvest is every year a moment in which we harvest the efforts of a vintage and we turn them to satisfactions.

Winter: the season opened with mild temperatures and few precipitations. A dry start following a very wet end of 2019 that blocked most of the late-autumn, winter works. Nebbiolo given the warm and the water reservoir started to flower at the end of the season. All elements for an early harvest.

Spring: In the transition towards Spring a strong cool wind brought temperatures back to Winter conditions, frightening farmers but without damages. The slowing down of the bud break, re-aligned the speed of the vintage, but left space to the Noctua Fimbriata to eat a lot of the fertile buds, without a quick manual intervention from us. Spring remained dry like the winter untile May, unstable month together with June where in an Organic regime was crucial to protect the vines from their disease.

Summer: It started with average temperatures. Low amount of rain in July, some storms in August had the epicenter outside of the Langhe and just contributed to limit water scarcity. In the warm days of July, farms that have now understood it is fundamental to keep the grape protected to avoid sun burns were again right. Season can be considered gradual and balanced, the grapes were healthy and ripe.

The harvest of the Arneis started September the 9th, to which followed Barbera, Dolcetto and Freisa in mid-late September. The Nebbiolo from Serraboella has been harvested on September the 21st on the last day of Summer like in the famous vintage 1961.

Autumn: it brought lower night temperatures ideal for Nebbiolo, reason why the other Serraboella plot in which the Sorì Paitin stands, were harvested on September the 27th, after this temperature drop. On October the 2nd we harvested both Basarin and Faset, ending with Ca Veja in Alba on the 9th. Now the weather is more humid and rains are expected to fall more often in the second half of the month.

The vintage seems excellet, in a classic style, low natural yield helped us in keeping balanced concentrations and the single Cru expression is sharp, perfect acidities and alcohol. Our traditional attention to every single plot based on varieties, exposure, altitude and age of the vineyards is prized in such vintages, bringing results strongly terroir driven.

Harvest is the most delicate moment in term of timing, decisions are made taking a look to the sky, hoping in a favorable weather, and to the ground, observing ripening. Some days late and we lose the freshness that helps our wines ageing, while being too early would mean showing the nervous side of Nebbiolo.

Our role is hidden in these small but fundamental details, all the rest is merit of our marvellous soil that we guard.