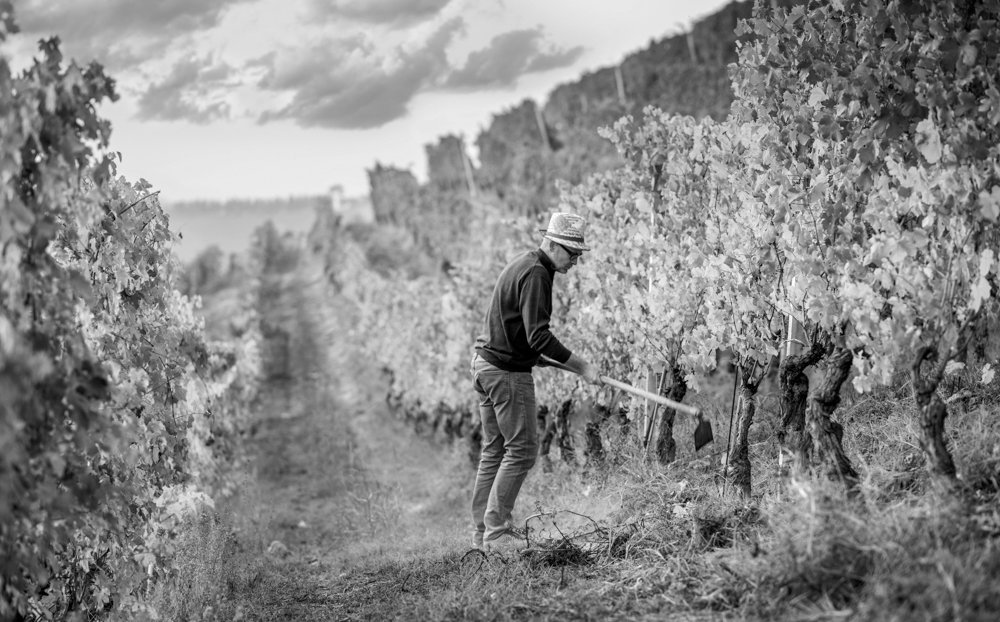 The lessons we can learn from our land can only be understood through dedication and perseverance.

We live under the sky, we should listen, observe, react and sometimes endure its instability. These are the elements which crafted the art of our family to Resist and to Persevere.

Since long time we say “the land is low”. The moral is that to obtain even the tiniest satisfaction you have to bend.

To show you this concept we will tell you three anecdotes on the Langhe, on his women and men.

Giuseppe Elia at the end of the 1800, understood that Nebbiolo from these hills, could have led to unique results, so unique to have a its onw name: Barbaresco. This project in 1893 was born thanks to our oenologue of that time, Domizio Cavazza. They persevered for 40 years, when in 1933 the area was recognized from the state. Domizio and Giuseppe together with few other families of Barbaresco were able to see in our land something hidden to the others.

In 1938 the two patriarchs Giuseppe Elia e Giovanni Pasquero died, leaving the firm in the hands of Elisa Pasquero Elia in the worst time Europe ever faced, there were no men at work, only the nazi-fascist terror was breathing arid. Elisa together with his brother Alessandro drove the firm for 10 years, being able to keep laced to the family the most important and noble parcel: the one of the Sorì Paitin. Elisa as well as the people form the Langhe relied in the men of these lands where in Europe there was no hope left.

In the 60s and 70s few vintages left farmers with the opportunity to make great wines, often ruinous seasons obliged Maria-Luisa and Secondo Pasquero Elia to pick the grapes in the mud, slipping and getting wet in the cool days of October, taming oaxes in the arid or pruning in the frost of the Piedmontese winters. Nevertheless many families have never broken their ties to their lands. Maria and Secondo like many other families from Barbaresco have trusted in our lands when the land was not giving back anything to them.

There has always been a reason to arziste [to resist / to persevere]. The was the pride of growing your own village that has nothing else than vineyards. Making it famous in Italy, in Europe and in the World with its wines. There was the trust in a willing and united community, that as she opposed to nazist and fascist faced any other derangement and opportunity with the right expertise and ardor. There was a great humanity, that every evening at the end of great efforts, united in the stables with with a card game and some music, was able to forget all its fatigue, laughing with a good glass of wine.